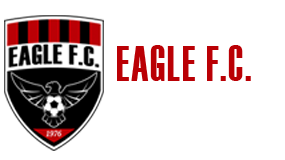 This camp is for young players who want to learn the basics and enjoy playing the game.  Each evening, campers will be introduced and taught skills such as dribbling, passing, receiving, and shooting via fun and thoughtful activities. Additionally, campers will play small sided games that encourage movement and engagement in a positive environment.

Camp Director: Brian Redding joined Eagle F.C as the Director of Coaching in November 2020 and he is energizing the club back into regional and national standards. Prior to coming on board as the Director of Coaching for Eagle F.C. Coach Redding was coaching at the College level for the last 26 years. His most recent coaching stint was the Head Men’s Soccer coach at Dickinson College. In the 16 seasons that Redding was in charge, he energized the Dickinson men’s team into a nationally recognized soccer program. Dickinson competed for numerous Conference Championships and qualified for numerous NCAA Tournament bids under Coach Redding’s lead.  Coach Redding has spent decades coaching and teaching youth in the fundamentals of soccer and is bringing this experience to the camp environment.