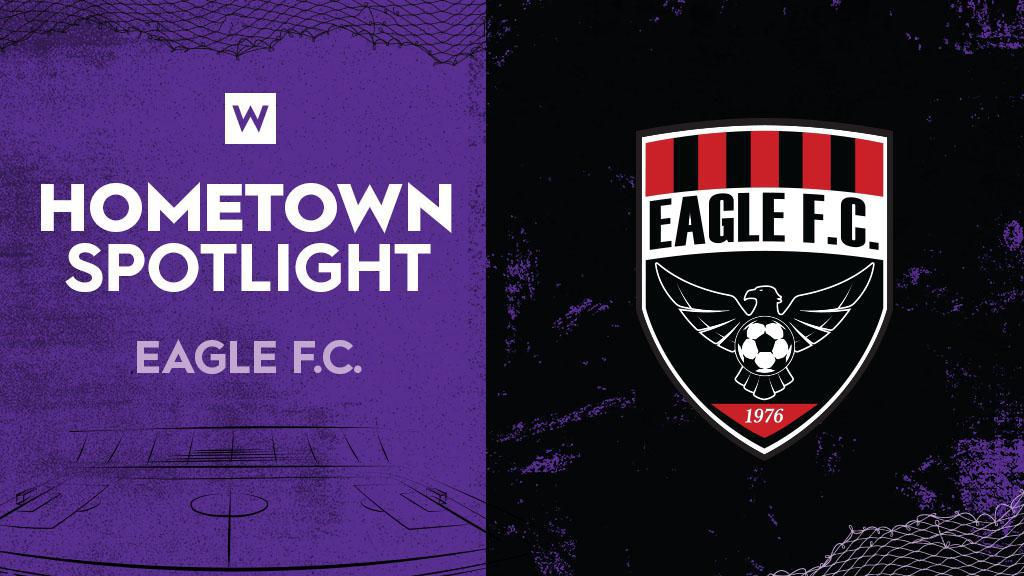 TAMPA, Fla. & MECHANICSBURG, Pa. – As Eagle F.C. gears up for the inaugural season of the USL W League, the club features some familiar faces on its roster. Of the club’s announced 29-player roster, 28 of them are from the Central Pennsylvania area, namely Mechanicsburg, Harrisburg, Lancaster, Dillsburg and Carlisle. In addition, of those 29 players, 18 have come through the Eagle F.C. youth program.

“It is incredible to have so many homegrown players playing for our team in the inaugural USL W League season,” said Toan Ngo, Head Coach of Eagle F.C. Ngo is also no stranger to the local, grassroots feel of Eagle F.C. as a Mechanicsburg native himself. “It truly shows how strong the talent pool is within the Central Pennsylvania region.”

Ngo, who will be at the helm in the club’s inaugural season, has been a coach with the club for four years. “By establishing a USL W League team, Eagle F.C. has completed the club’s player development pyramid.”

For many, the pyramid starts with the U-6 team and now, by means of the USL W League, goes all the way through college and beyond. Defender Carly Smith, who plays collegiately for NCAA Division I school High Point University, is familiar with the journey. She joined Eagle F.C.’s U-6 team when she was 5 years old and now, 13 years later, is excited about the opportunity to return to her childhood club.

“I am immensely enthusiastic to represent the club that has supported me my entire playing career,” said Smith. “Knowing that my hometown supports the introduction of this league for the sport I have been playing my entire life and put so much work into means a lot.”

The sentiment is the same for many Eagle F.C. players who grew up playing for the Pennsylvania-based club and have come back to compete in the W League this summer, such as longtime goalkeeper Hayley McGee, now of West Chester University.

“It’s a dream come true being able to play on a pre-professional level in my hometown,” said McGee, who has been with Eagle F.C. for more than 12 years. “I believe it is paving the path for future generations to have this USL W League team in central Pennsylvania.”

Of the 29-player roster, 19 of Eagle F.C.’s players compete collegiately in Pennsylvania across 11 different NCAA Division II and III programs. However, for the players who do not play in state, Eagle F.C.’s inclusion in the USL W League presents a special opportunity to return to their hometown to continue playing the sport they love.

“Going to school so far from home, I never thought I would play in Pennsylvania again, let alone represent central Pennsylvania and the club I played for growing up,” said midfielder Liz Weis, who plays NCAA Division I soccer at Washington State University. “This is a really unique opportunity and I’m hoping to make the most of it.”

“Eagle F.C. joining the W League is huge for all the talented women’s soccer players in Central PA. It provides further development and opportunities, while also bringing more attention to women’s soccer,” said Kayla Swope, a forward currently at Slippery Rock University, who has played with Eagle F.C. for the last three years. “The W League will prepare me in many aspects for my college season.”

For many clubs, the USL W League will be one of the highest levels of competitive women’s soccer in the state, such as Pennsylvania. Having women’s sports be more visible will have an impact on future generations.

“Seeing confident and hard-working women in sports up close would have been so positive and inspirational for me as a young girl playing soccer,” said Weis. “Growing up, all of the professional and pre-professional soccer that I was able to watch were men’s teams.”

“By establishing a women’s team and patterning with the USL W League, we are giving thousands of female players of all ages the opportunity to watch, learn and develop into young professionals,” said Ngo.